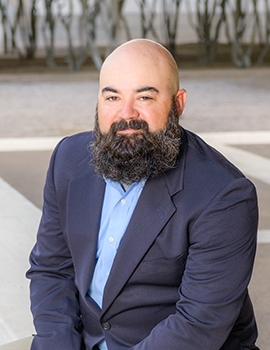 For Jason Felix, each day is another opportunity to serve with honor. His eight years in the U.S. Army as a Combat Engineer Officer laid the foundation for his outstanding leadership skills, while his time overseeing critical offshore drilling projects strengthened them. Today, Jason puts his multifaceted talents to use on behalf of construction clients. His familiarity with highly regulated environments and ability to bring dissimilar teams together across domains makes him the clear choice for massive, complex jobs.

Jason is results-oriented and quality-focused. This philosophy extends to the relationships he builds with his clients and team. He motivates through encouragement and teaching, calling colleagues into the learning process and making them stakeholders in each project’s success. His all-in style lends itself to mastering logistics and streamlining operations through hands-on involvement.

The projects Jason has worked on testify to his management prowess. Most recently, he served as superintendent for three wildly varying projects: an apartment building, a public works facility, and a pet hospital. Each of these projects featured a schedule and budget determined by Jason—schedules, and budgets that he ensured each undertaking met. He directly oversaw resource allocation, project accounting, and control, all while providing technical direction and confirming compliance with safety and quality standards. His resume also includes 200-plus–unit living complexes, parking garages, and retail spaces with price tags in the multimillions.

When Jason isn’t working out the intricacies of client satisfaction, he enjoys spending time with his wife Alicia and eight-year-old son Stryker, hunting, wake surfing, and riding dirt bikes. Jason’s favorite pastime is living vicariously through Stryker by watching him compete in sports and other activities.