Keesler Air Force Base (AFB) occupies a narrow Mississippi peninsula extending into the Gulf of Mexico. This military training installation—in service since 1941—sees more than 28,000 students per year and employs a workforce of over 11,000. The Keesler Commissary serves the grocery needs of the base’s active-duty military and National Guard personnel as well as retirees and their families.

In 2004, Keesler AFB and the surrounding areas were overtaken by Hurricane Katrina’s storm surge, flooding critical infrastructure and opening sinkholes. The commissary was one of the thousands of base buildings damaged by the hurricane.

The Defense Commissary Agency (DeCA) contracted Cornerstone for a $60-million overhaul of the commissary. Prior to joinging Cornerstone, our experienced architects produced drawings and specifications upgrading the entire facility while adhering to government military standards and requirements. The commissary refresh has all the amenities of a civilian shopping center, featuring a bakery, sushi bar, ready-made foods, a garden center, and more.

Cornerstone’s design included space for specialty shops, ready to accommodate tenants such as Starbucks, Taco Bell, and Regal Nails Salon & Spa. The team also furnished plans for the Keesler Federal Credit Union to be housed within the building. Cornerstone completed these extensive, multipurpose plans on time. 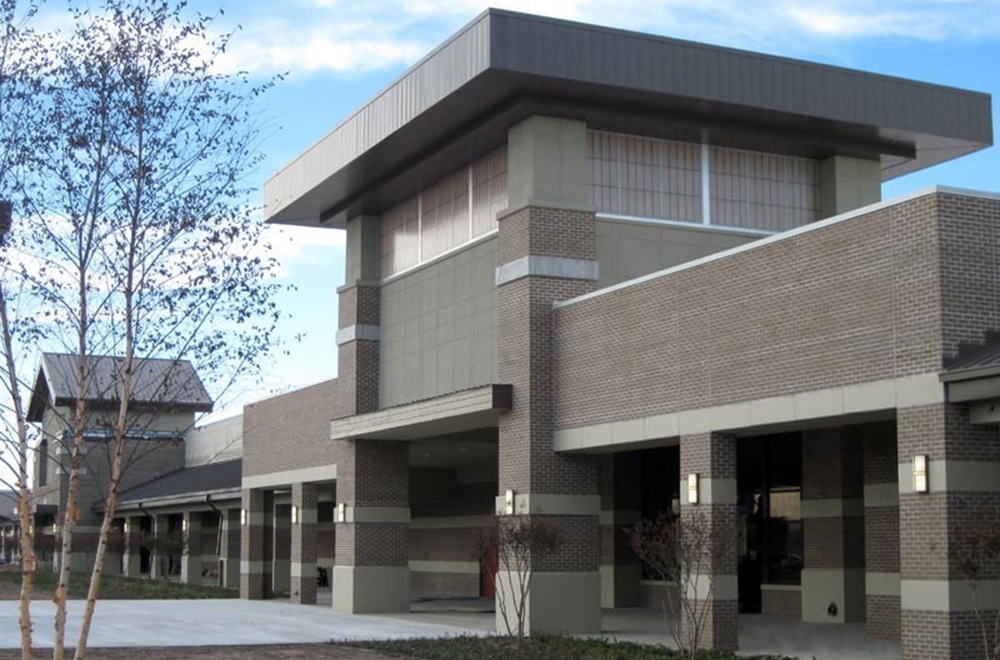