Erected in 1916, the Lynn County courthouse has served Tahoka and the surrounding West Texas communities for over 100 years. Architect William Rice designed this Classical Revival–style building with a reinforced-concrete structure and a veneer of red brick and cast stone. Regal Ionic columns grace the three-story courthouse’s entryways, leading to an active office space and courtrooms.

As the building’s centennial birthday approached, Cornerstone’s architectural staff worked to restore the aging staple to its pre-Depression glory. To retain its status as a Recorded Texas Historic Landmark, the courthouse’s appearance had to remain virtually unchanged from its original state. Made of concrete with a brick and terra-cotta veneer, the original cost of the building was $78,000 and it cost just under $6 million to restore. Prior to joining Cornerstone, our architects delved into the courthouse’s historic past and examined its current use to determine how best to retain integral features without eschewing modern amenities. The architects also consulted with local historical societies and the Texas Historic Commission, performing due diligence. 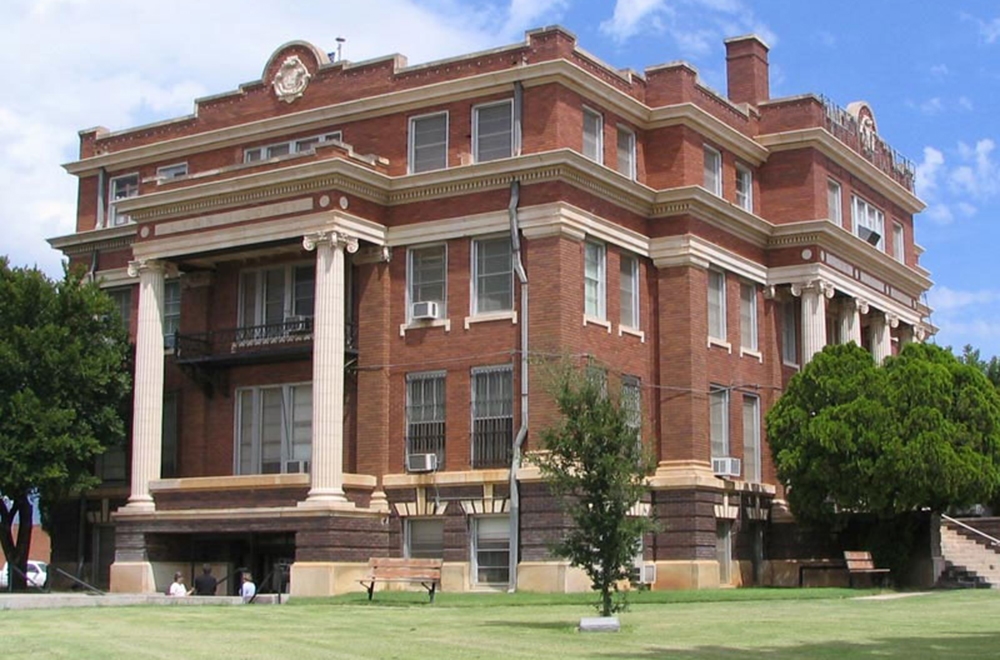